A young lady identified as Remilekun Enitan (@Mz_Rhemmy) on Twitter has taken to the microblogging site to share the interesting way a man expressed interest in her using his iPhone.

According to her, she was in a bus when she got an airdrop note from the guy who introduced himself as Deji, complimented her hairdo and also dropped his phone number for better communication in future. Enitan was glad to follow up as she added that she definitely texted the guy.

Quite a number of Twitter users, especially the ladies, were quite impressed with Deji’s smooth move as they could not help gushing at the tweet. Others however felt the story is fake because she would have had to accept the airdrop request before receiving the note.

See some reactions below: 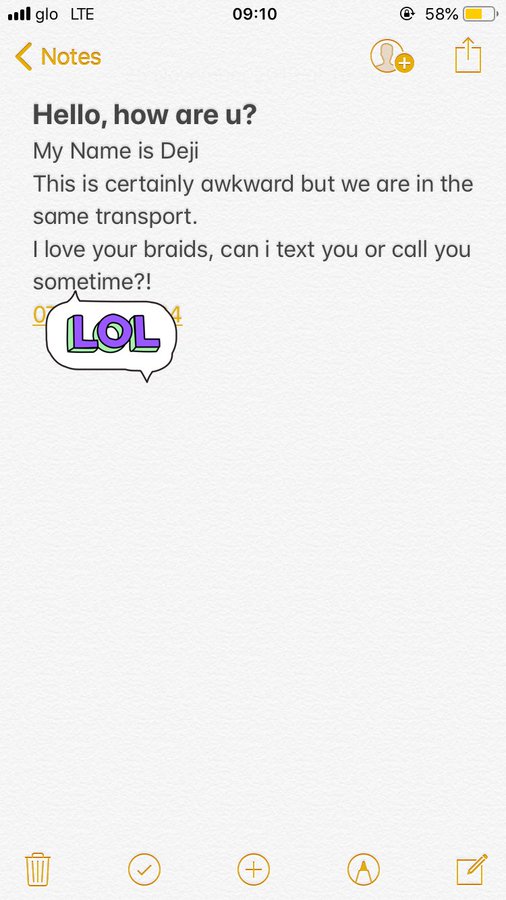