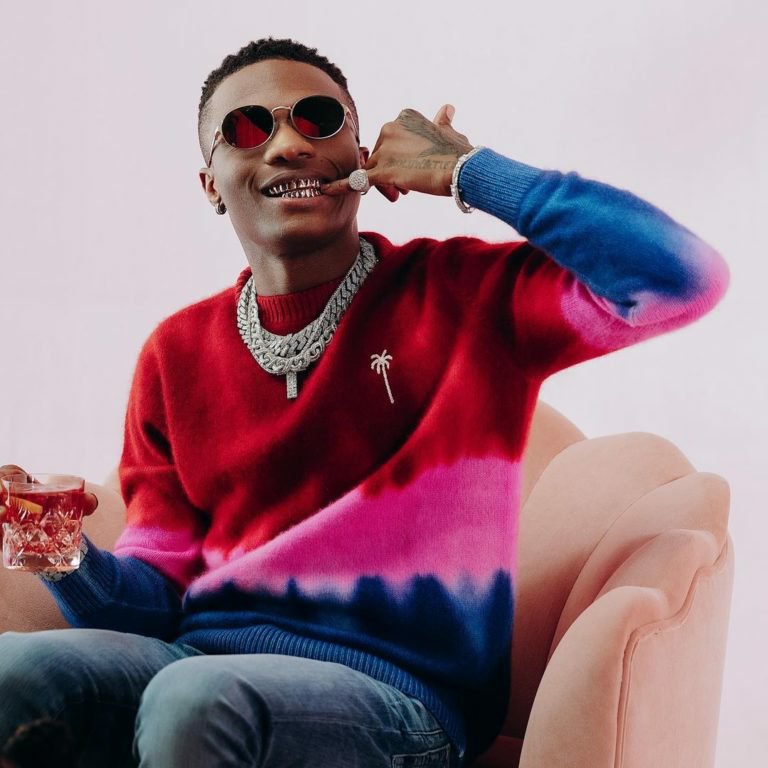 From making British Vogue’s “12 Best Albums of 2020” and The Guardian UK’s Top 50 Albums of 2020 to “Essence” featuring Tems making it to former US President Barrack Obama‘s Best Songs of 2020 and “Ginger” featuring Burna Boy being number 150 on the US Top 200 Apple Music list, Afrobeats heavyweight Wizkid‘s latest album “Made In Lagos” has topped charts and is still topping charts since its release on the 30th of October 2020.

With 14 non-skippable tracks, its no doubt that the album has become a global hit, making waves and gaining recognitions all over the world.

The “Made In Lagos” album has made it to Billboard’s World Album Chart for the second time in the 8 weeks of its release. The album which was number 1 in 6 different countries on Apple Music as at the 4th of January is currently number 15 on the Billboard chart alongside BTS‘ “Map Of The World: Persona“, Beyonce‘s “Lion King: The Gift (Deluxe Edition)” and other albums.

“Made In Lagos” is definitely a fan favourite and we’re here for the recognitions. 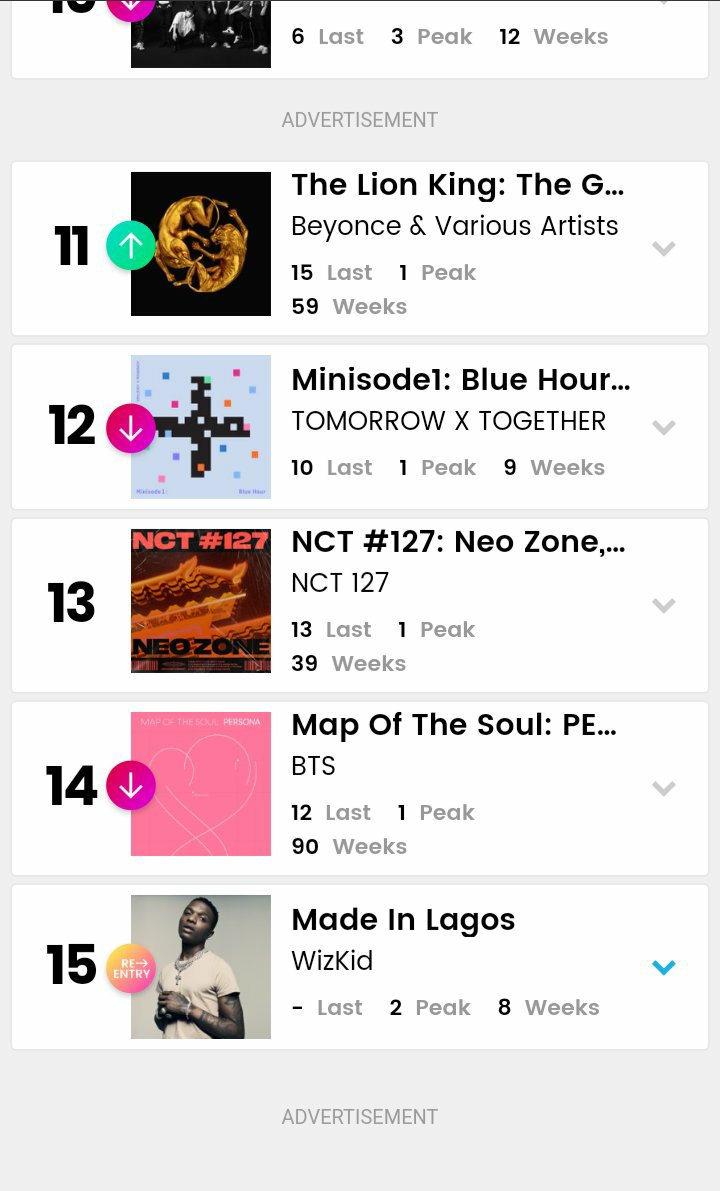 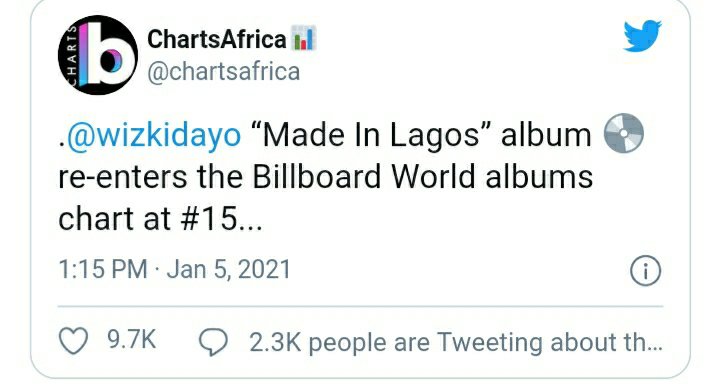 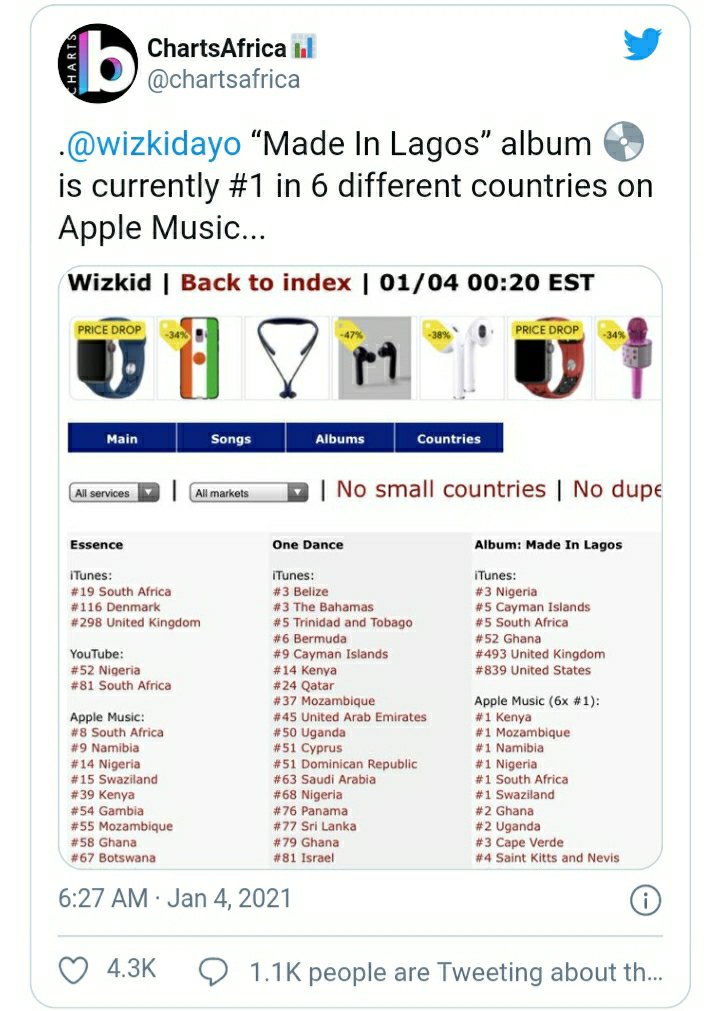 Guess what? The official video for “Ginger” is set to drop on the 8th of January and we can’t wait to see the magic he has created.