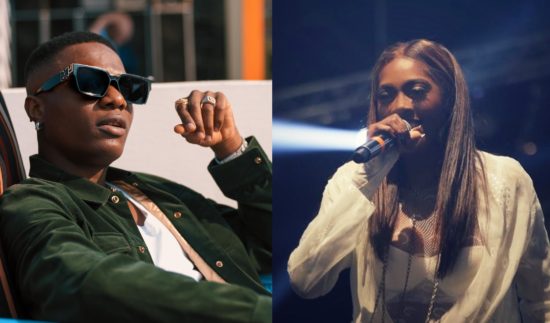 It’s not alien to us that Wizkid and Tiwa Savage act all-sexual on stage each time they perform any of their songs together at shows but what happened in this new video we obtained has not been seen before.

A footage from a recent show where the duo performed showed the moment Tiwa Savage invited Wizkid to come for her bum during the performance. Immediately Wizkid attention landed on Tiwa Savage’s backside, he leaped back a little for a wider view and crowned his response with the ‘holy cross’ sign.

Wizkid is a mood I swear
Tiwa telling wizkid to grab her ass and wizkid responded with the holy cross sign 😂😂pic.twitter.com/m7fVPjkUG0

Tiwa Savage says, “I just make music. I don’t think about making music that will appeal to an international crowd, or a local crowd, I just make the music that moves me”.