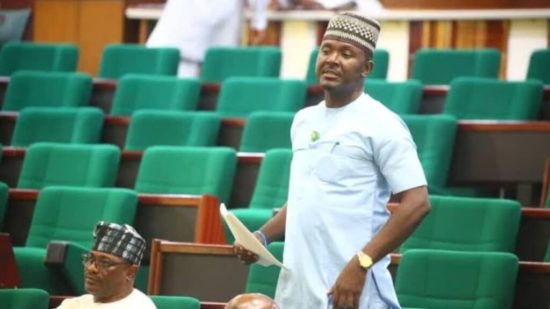 Akin Alabi has explained that the health centre being rehabilitated in Ajiwogbo, Ibadan is for a small village, Igbere TV reports.

Mr Alabi came under criticism on social media when he shared photos of the health centre on Wednesday night.

Some social media users said the building was “too small”.

Responding to the criticism, the lawmaker said he only rehabilitated the health centre, adding that he did not have the power to expand it.

“About those saying the place is too small. Good question. Well, it is a small health centre in a small village that was rehabilitated. The place gets like five patients a day. I am not sure there is any sense of expanding it. I don’t even have the powers to have it expanded,” he wrote on Thursday.

Appeasing his critics, Alabi said he was not boasting about the project.

“In the original post, it wasn’t like I boasted that this was massive or an ‘ultra-modern’ or a world-class facility. I helped connect the village and the agency, worked hard to make sure it happened. The entire details are in the pictures. No bragging. I don’t understand the vex,” wrote the legislator.