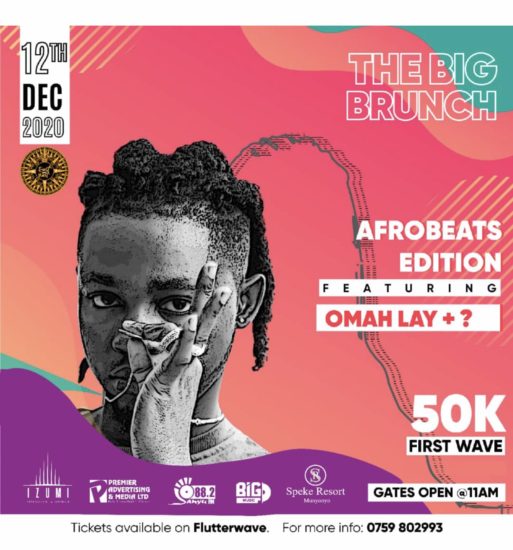 Nigerian singers Omah Lay and Tems were arrested in Uganda yesterday for violating COVID-19 protocols by performing at a crowded concert.

However, many Ugandans have noted that the organisers of the concert informed the authorities about the event and it was publicised many months in advance. Furthermore, Ugandan police provided security for Omah Lay from the airport to his hotel and also at the concert venue. They also noticed that the Nigerian artistes, their manager and the Ugandan promoters of the show were arrested, but the owner of the venue was not arrested because she is the daughter of a prominent Ugandan. They say that the police only took action against the artistes after some Ugandan musicians complained that the authorities were allowing Nigerians to stage a show while Ugandan musicians were banned from performing in front of crowds.

Many Ugandans have specifically blamed Bebe Cool for the arrest of the Nigerians. Bebe Cool is a Ugandan musician that is very close to the Government of Uganda. He has been campaigning for President Yoweri Museveni since another musician, Bobi Wine, decided to contest against the president. He was once chased off stage by fans because of his support for President Museveni, who has been in power since 1986.

Bebe Cool had vowed to disrupt Omah Lay’s concert if the police failed to stop it.

Some Ugandans have also called for Bebe Cool’s arrest because they said that he also violated COVID-19 protocols when he held mass political rallies in support of President Museveni. 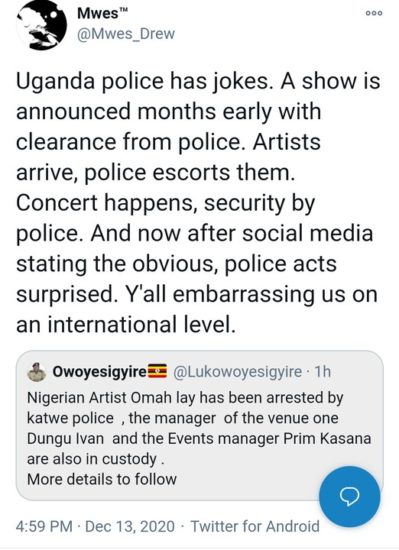 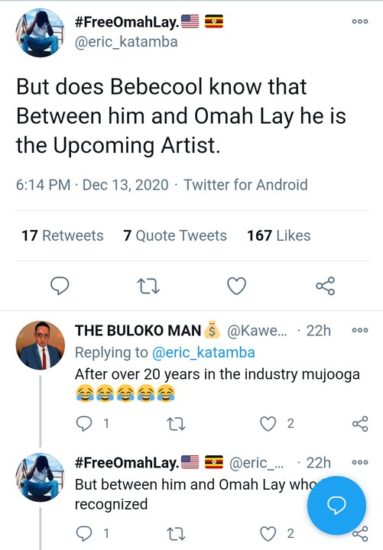 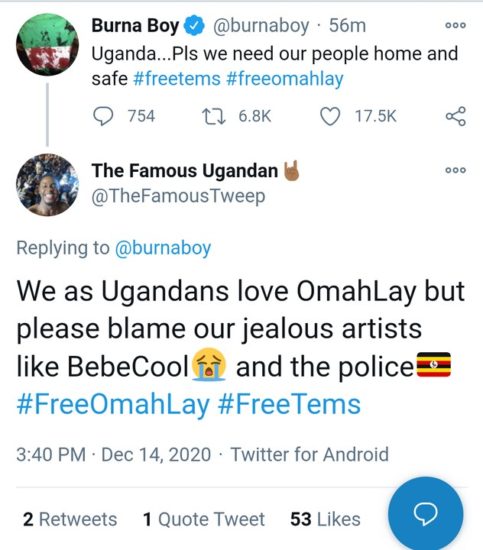 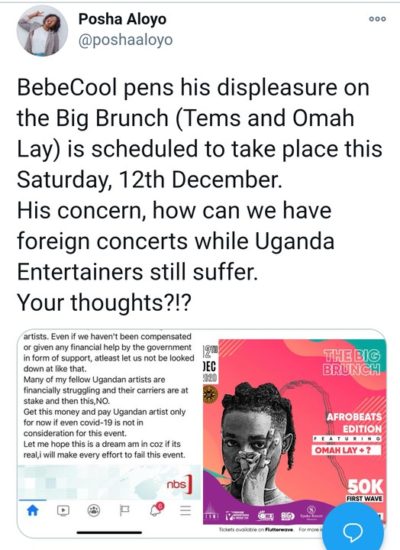