Toke Makinwa says she does not hate Men 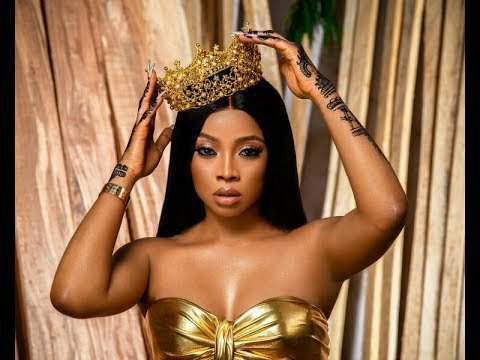 Toke Makinwa has reacted after a Twitter user tagged her as a man-hater.

“Feminism is not about hating men,” a Twitter user wrote.

Toke replied: “I don’t hate men, I hate Patriarchy and I speak against “male privileges” ”

The media personality added: “Know the difference and set yourself free. Feminism is not hatred towards the male gender, I just can’t stand the male privileges that exist, It is speaking out against patriarchy, it is included and there are men who support feminism too.” 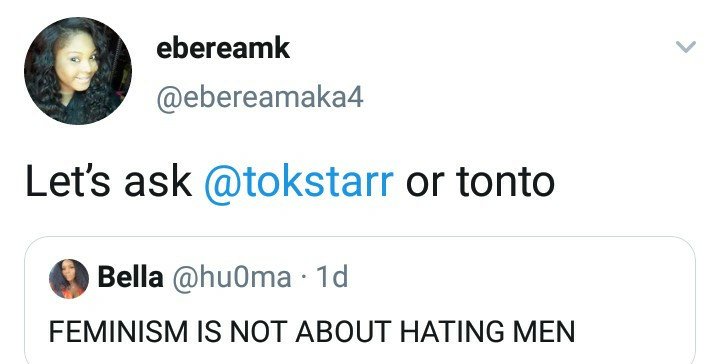 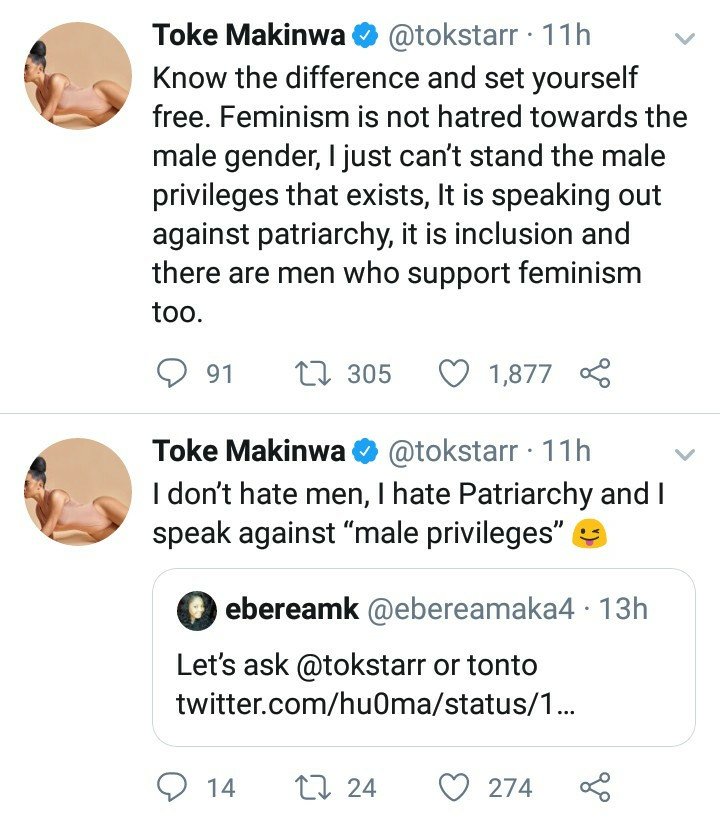