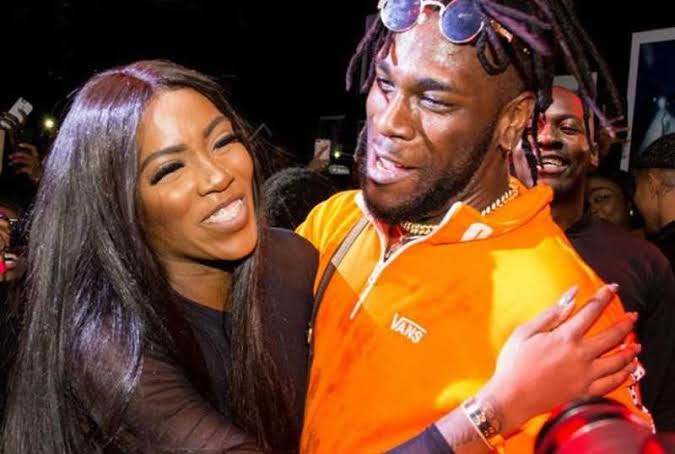 Burna Boy made history amongst his peers of the present era when he gained a second consecutive Grammy Awards nomination after his name popped un in the nominations released a few days ago.

She opened up after a fan on Twitter identified as Maliya asked her if she thinks Burna Boy will win his category. In response, she said, “I’m def rooting for him”.

I’m def rooting for him