The burial ceremony of Abiola Ajimobi has been postponed 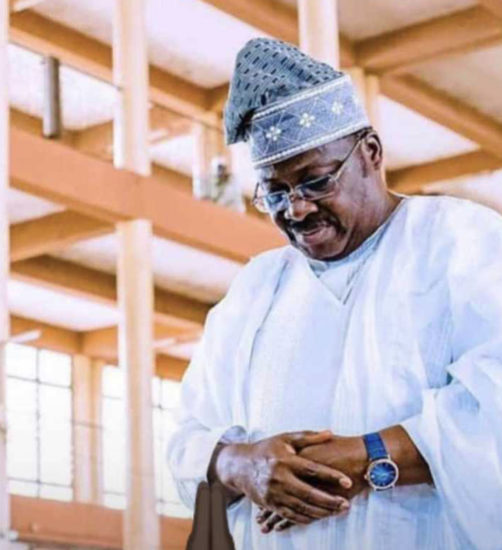 The burial ceremony of former Governor of Oyo State, Abiola Ajimobi has been postponed as confirmed by his spokesperson Bolaji Tunji.

Speaking to newsmen at the late politician’s Ibadan residence on Friday morning, Tunji said the family would soon make an announcement of the burial programme.

“The funeral arrangements will be announced soon by the family but it will be observed privately so as to be in accordance with the Nigerian Centre for Disease Control (NCDC) guidelines.”

Ajimobi died on Thursday, June 25, days after he was placed on life support following Coronavirus complications he suffered.