Actor Yomi Fabiyi has been suspended indefinitely by the Theatre Arts and Motion Pictures Practitioners Association of Nigeria (TAMPAN) over his controversial feature film ‘Oko Iyabo.’ 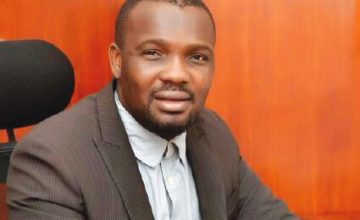 The association found the actor guilty of a number of misconducts, including attempting to cause a social crisis with the film, using the real names of the people involved and factual events without their consent, and negatively impacting the association’s reputation, according to a press statement released on July 9, 2021.

While Fabiyi argued that producing the video was within his human rights, his co-director, Dele Matti, accepted responsibility and was suspended for three months, according to the statement.

On Thursday, July 8, 2021, the directors were invited to appear before the association’s Ethnic, Conflict, and Resolution Committee. On July 24, 2021, the cast of the film has also been asked to testify before the committee.

After a scene from Fabiyi’s film ‘Oko Iyabo’ went viral on Monday, it generated controversy. Fabiyi portrayed the CCTV footage of Baba Ijesha assaulting his 14-year-old victim as a consenting adult in a sexual connection with the beleaguered actor in the sensational scenario.