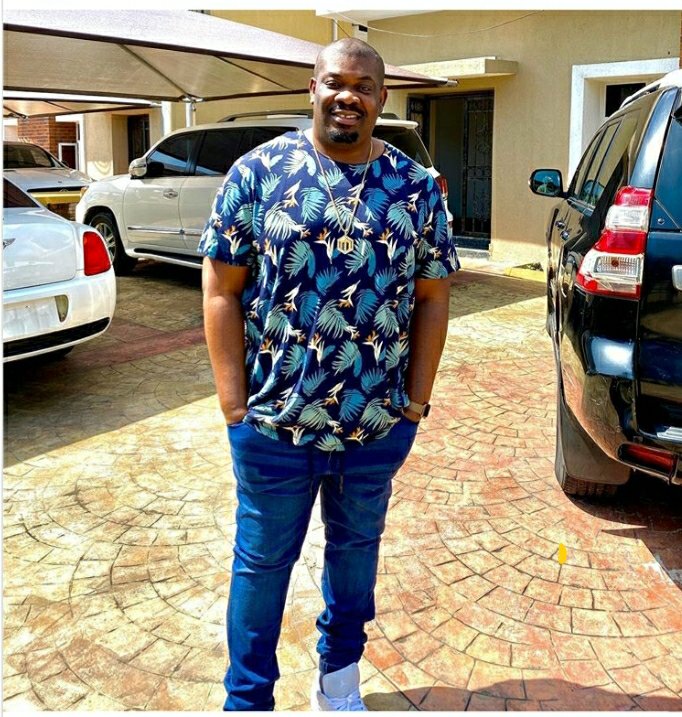 Renowned music mogul Don Jazzy has given a funny reply to a follower who asked for one of his cars. The conversation happened on the singer’s official Instagram page.

Don Jazzy shared a lovely photo of himself. In the background were lovely cars as the music producer posed for a photo just in from of the automobiles.

According to the Mavin boss, the private messenger app WhatsApp saw the photo before Instagram.The comment was from a lady identified as Sylvia Obi. She begged the music producer to give her one of his cars that he no longer uses.

Reacting to her request, Don Jazzy said that he no longer uses his Bentley but his brother would kill him and her if he releases it to her. 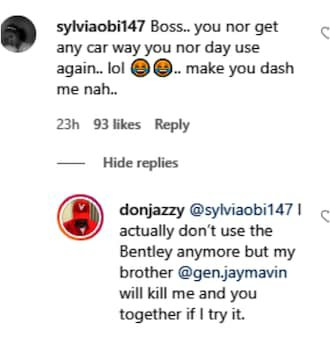