Nigerian singer and Mavin act, Divine Ikubor widely known as Rema has shared a video from his date with a fan named Nimie, whom he picked to ‘spoil a bit’ in a social media contest. In the video shared by the 20-year-old on Twitter on Thursday, the two are standing on the deck of a boat and talking inaudibly before Rema gently kisses her neck while they are holding hands. “Ginger me #Remafandate,” he captioned the post. The ‘Ginger’ singer had on Saturday announced that he was seeking a female fan to ‘spoil a bit’ in Lagos and asked his female fans to submit their pictures under his post. He shared a picture of the lucky girl on Twitter on Tuesday and informed, “Hi Nimie, I’m taking you on a date. Get ready.” 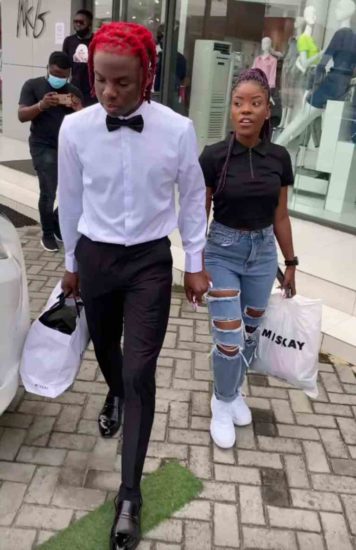