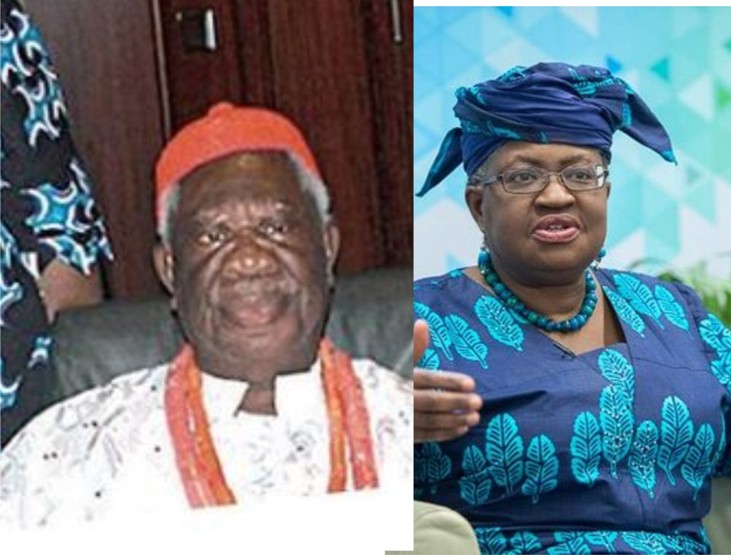 A lawyer, Patrick Okonjo had queried the locus of Ngozi to make the announcements. He also alleged that the departed monarch was a mere regent, who usurped the throne. Patrick said a case is in court, challenging the departed monarch. Read previous post here.

But on Sunday night, two princes fired back and described Patrick Okonjo, as a renegade and serial petition writer, who lacked the authority to speak on behalf of the Umu Obi Obahai Royal Family.

“We want to make this known: Patrick Okonjo does not speak for the Family; he speaks only for himself as he has always done. We urge our people, the public, media and all stakeholders to ignore the reckless comments of Patrick,” wrote Prince Okolobi Nkemjika Lawrence, the Ozoma Ogwashi Uku and Prince Emmanuel Nwokolie Ohei, Acting Diokpa, Umu Obi Obahai Royal Family

“He has been issuing such frivolous statements and filing frivolous court cases in pursuit of his selfish interest for over a decade.

“The family is united in its decision which produced Obi Ifechukwude Okonjo. And this decision has been endorsed by the Kingmakers and Ikelike. The successful installation and the joy of the people last Friday confirm that our people are happy with the decision.

“The new Obi is rounding up the rest of the traditional processes and is set to begin his reign.

“We thank God for making the process smooth and we also ask Ogwashians to pray for the progress and development of our great people”.

In a press statement, lawyer Mr. Patrick Okonjo, accused the former finance minister of usurping the functions of the Royal Family and men who should traditionally announce the death of the traditional ruler as well as his successor, asking the public to discountenance her announcement.

Patrick Okonjo even alleged that Professor Chukwuka Okonjo was a a mere regent, not the king of Ogwashi-Uku and that his son, Chude Okonjo can therefore not step into the throne.