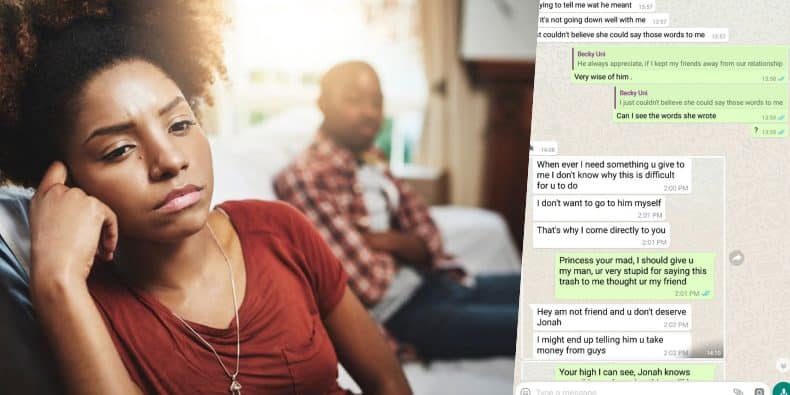 A lady is in a dilema over her supposed friend who wants her man. She opened up to a friend seeking for advice on what to do.

She shared screenshot which shows her friend asking and seeking permission to go after her man. It was declined and she threatened to spill her secret of her asking men for money. She replied her that her man is aware of her dealings and the friend was hearing none of it.

She asked a friend for his opinion and shared screenshot of their chat. 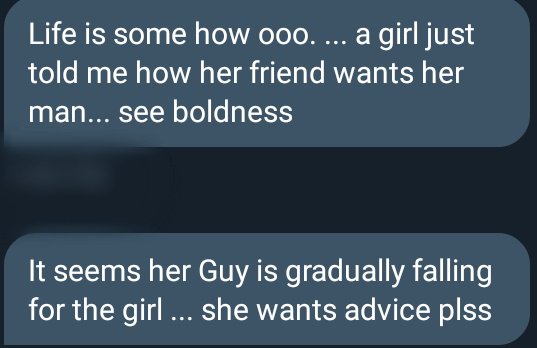 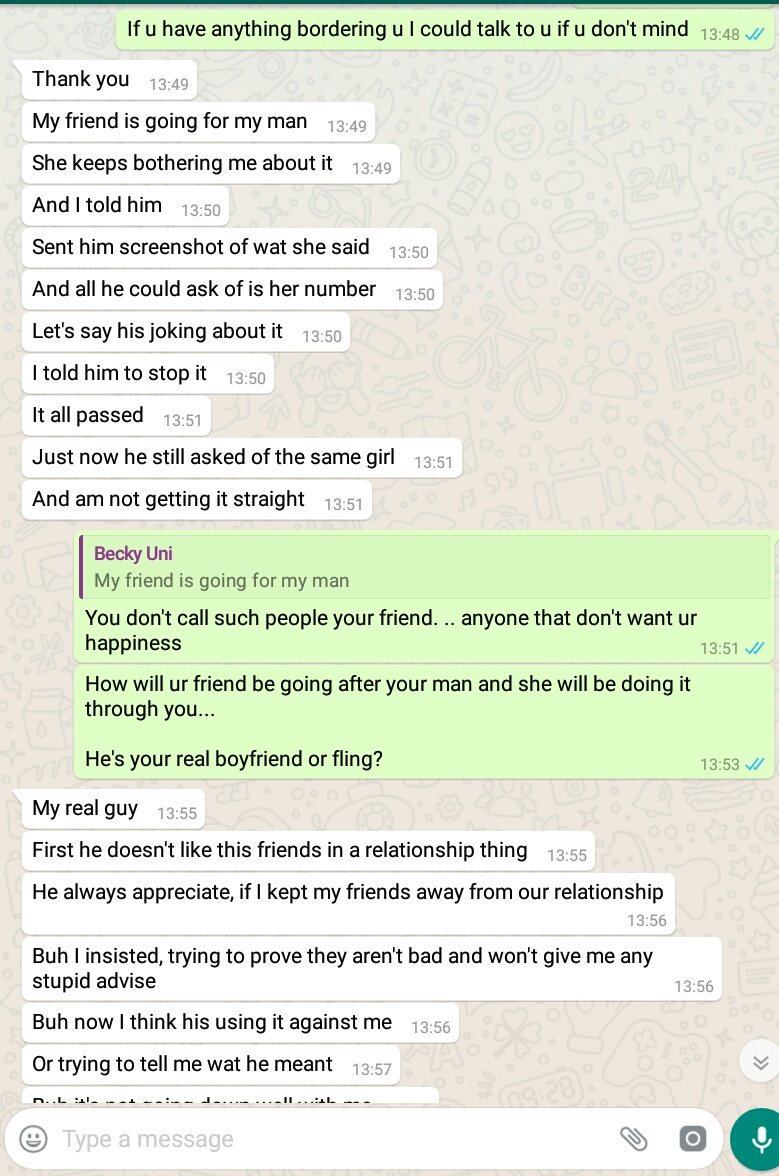 See screenshots between her and her friend who wants her boyfriend below; 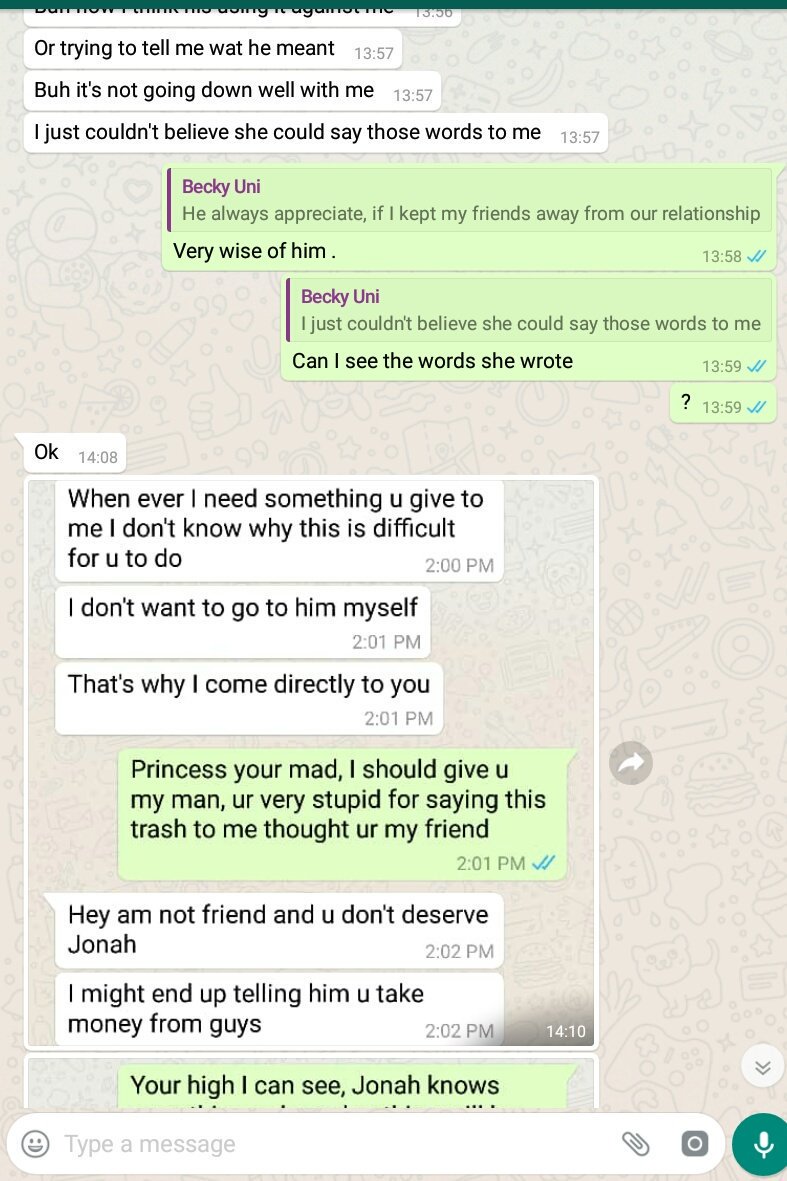 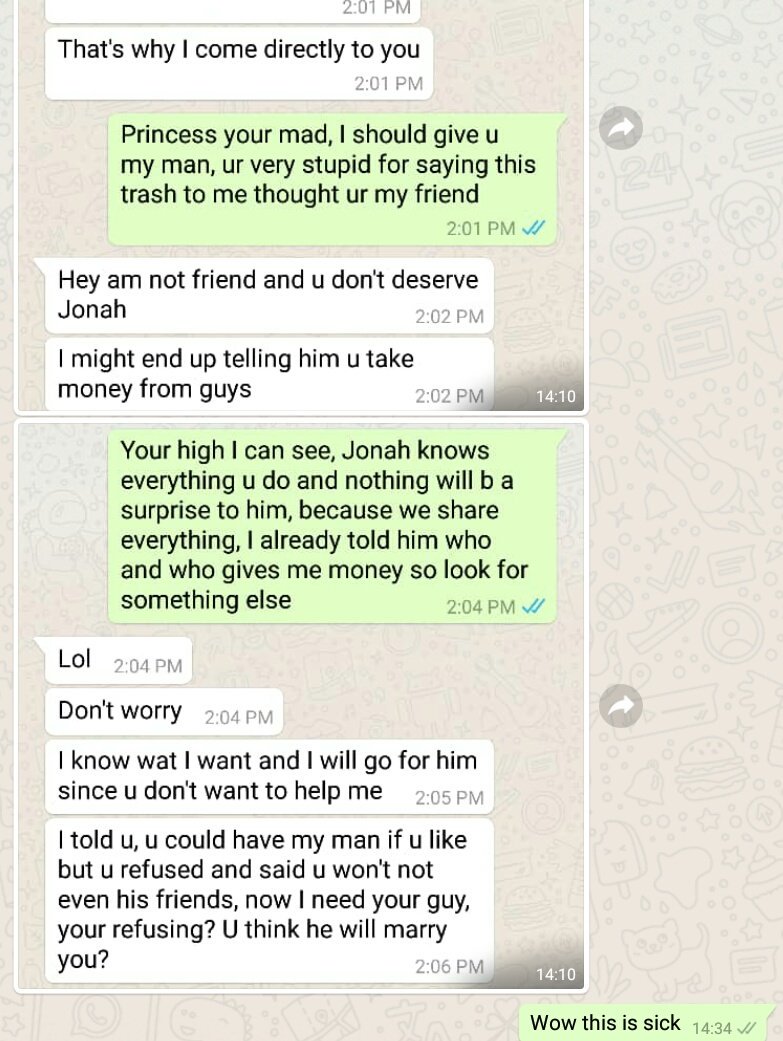 Various reactions have trailed this…

@Vicceti had a rather hilarious take. He wrote;I’m looking for someone that will want me the way this girl wants Jonah 😭😭😭😭😢

@Veepi was having none of it. She wrote; God will not allow me have this kind of Friends, Amen. Just block her, if she contacts your man directly and Uncle chose to go with her, dump them both. It’s not going to be easy

ALSO READ:   Lady calls out Davido for announcing his wedding with Chioma (video)

@Hauntyella used this to justify herself for not having friends. She wrote; You see why I don’t have friends 😭😭😭 at least she told you,she didn’t go behind you like one of my old friend did😏😏….Sorry dearjust know that what will be will be.

@hundeyin1 couldn’t deal with this. She wrote; I didn’t finish reading self because I’m disgusted, but if this is real, how can you be asking what to do?? What happened to self respect and all that?? Hian

@oladipupo_hoipo saw it as funny. He wrote; This life yaf tire me mehn… everyday na nkan be….. . She wants to be eating the work of her friends bobo…. I’m plain tired