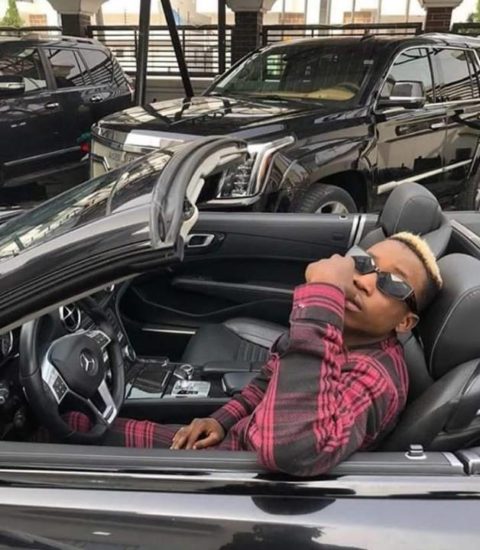 DMW/AMW music label act, Lik Frosh put his fans in confusion after he posed in a new Mercedes Benz car, which suggested to many that David Adeleke popular known as Davido bought Lil frosh a car but that’s wrong.

Lil Frosh is currently signed to Aloma’s music label which is under Davido Music Worldwide (DMW).

Regarding the Mercedes Benz Lil Frosh posed with on Instagram, the car was for a recent video shoot for a new song that featured him and his tight friend Zinoleesky.