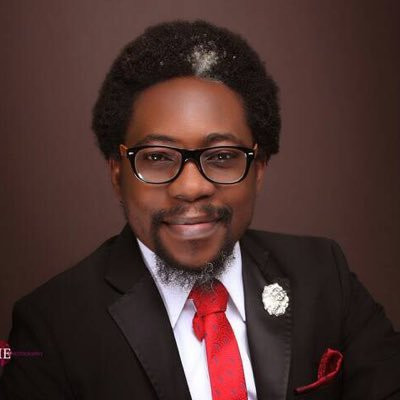 Nigerians on Twitter are currently reacting to a thread by activist and member of the Lagos State Judicial Panel of Inquiry, Segun Awosanyo, popularly known as Segalinks, stating that international media platform CNN is ‘complicit’ and has failed to defend its globally publicized investigation on the Lekki tollgate shooting.

Segalinks shared this thought while reacting to the lingering drama surrounding the BBC Sex for Grade’s documentary.

While reacting to the controversy surrounding the ownership of the documentary, Segalinks threw shade at some persons who have tried to” re-write history by attempting to sell the #EndSARS and #ReformPoliceNG as a Protest”. According to him, this set of persons want to ”own it and weaponize it against the state at the expense of the vulnerable in society and our democracy!”.

The activist went on to accuse CNN of being complicit in the agenda of the said people.

”One thing is certain…you can’t intimidate the truth & neither can you wish it away. Lies pushed with the vilest of hate still can’t prevent the truth from appearing. The desperation of the socially maladjusted is obvious just for the lust for fame & fortune. #EndHypocrisy

These are the ones seeking to re-write history by attempting to sell the #EndSARS #ReformPoliceNG as a Protest. They want the world to believe it started months ago. They want to own it & weaponize it against the state at the expense of the vulnerable in society & our democracy!

The plot is thicker than you know and soon it will all be revealed. CNN is complicit in this as they have demonstrably failed to defend their globally publicized “investigation” even before an independent truth panel. You still think the chaos was based on care for your security?

is policy driven. It has nothing to do with Regime change or mob rule. It is undeterred and running undisturbed. It is not also about dependency on any individual but about sanitizing the criminal justice system.”

Some Nigerians, however, felt it was improper for him as a member of the judicial panel to make such a comment about CNN and its refusal to appear before the panel of inquiry.