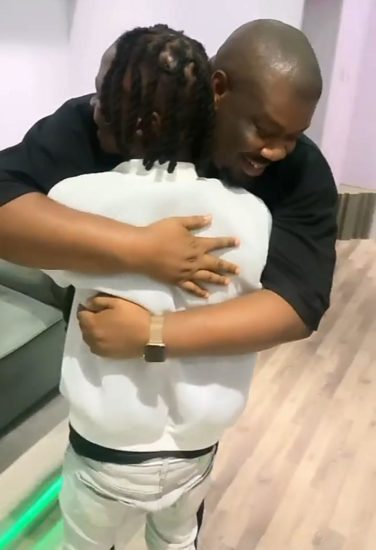 The winner of BBNaija season 5, Laycon, has put up humility on massive display after meeting with legendary Don Jazzy for the first time.

In a video which has since gone viral on social media, the reality star was seen prostrating the moment he entered the mavins’ studio and set her eyes on Don Jazzy.

Don Jazzy in the video appeared amused as he tried to make him get back up on his feet. “See this big man oh, abeg oh, come on get up” he could be heard telling Laycon.

Watch the video below: