John Legend has reacted to the outrage that trailed the sentencing of Felicity Huffman to 14 days in prison over a college admission fraud she was found guilty of.

LIB reported that the Desperate Housewives star was also handed 250 hours of community service and $30,000 fine, after she pleaded guilty to paying $15,000 (£11,500) to have her daughter’s exam answers secretly corrected in 2017.

However the Judge’s verdict led to an outrage as social media users pointed out some court cases in which women of colour were given harsh sentences and more time in prison over similar offences.

John Legend who reacted to controversy the sentencing sparked, called for equality in prison time. He also advocated for less time in prison. Read his tweets below; 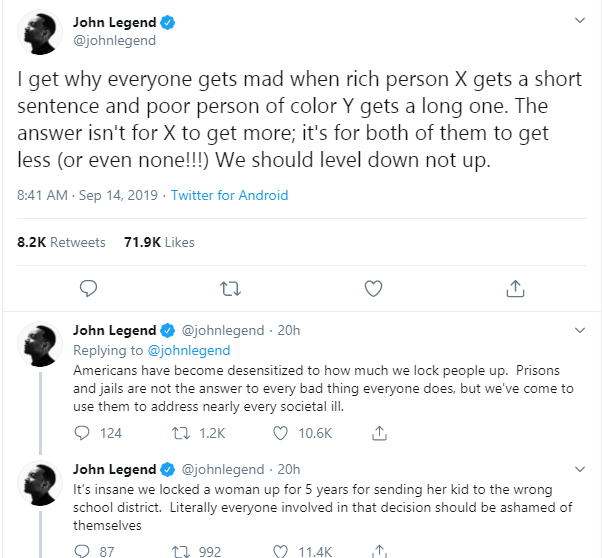