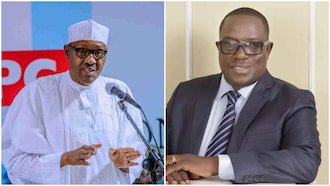 Victor Giadom has reacted to his endorsement as acting national chairman of the All Progressives Congress by President Muhammadu Buhari on Wednesday, June 24.

Garba Shehu, President Buhari’s spokesman, had earlier announced that the president had recognised Giadom as acting head of the ruling party, relying on legal advice.

He said President Buhari would also attend the National Executive Committee meeting of the party scheduled for Thursday, June 25. 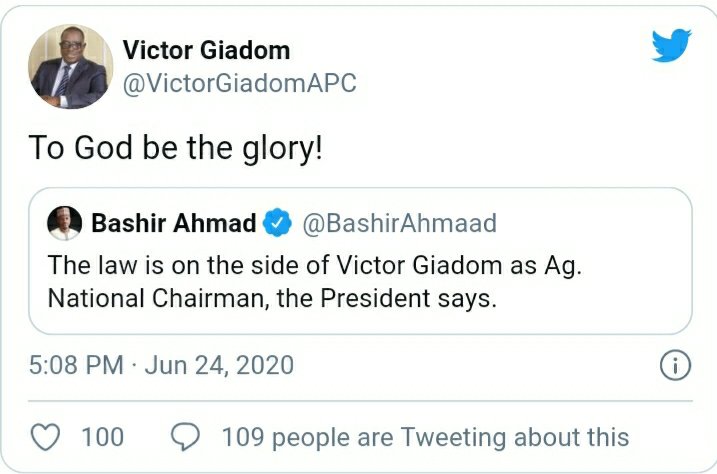 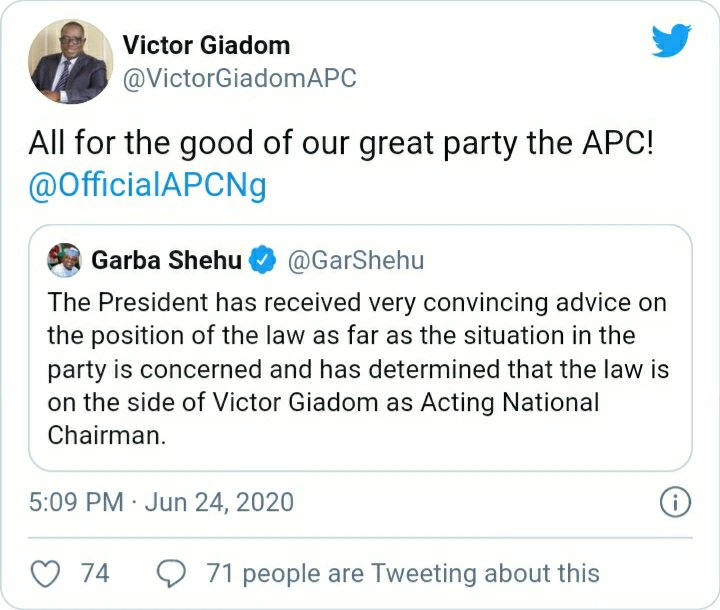 President Buhari’s position is against that of a faction of the APC’s National Working Committee and the suspended chairman, Adams Oshiomhole.

After Oshiomhole’s suspension, Giadom declared himself as the acting chairman.

The NWC, however, overruled him and appointed Abiola Ajimobi, former Oyo governor, as acting chairman instead.

The NWC loyal to Oshiomhole also said Eta Hilliard, vice-chairman south-south, would act on behalf of Ajimobi “who is unavoidably absent”.

While Giadom backed up his position with an order from a high court of the Federal Capital Territory, another high court in Rivers state restrained him from parading himself as such.

Speaking on Channels TV on Wednesday evening, Gaidom said the crisis rocking the ruling party will be addressed at the NEC meeting which he called.

“The solution to these problems is attending the NEC meeting,” said.