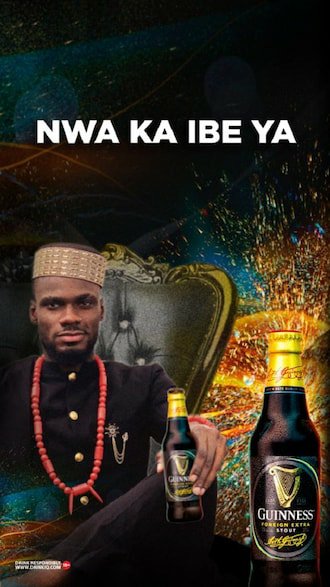 Landing the announcement with a bold, intense, audacious, and engaging short film that speaks to the character of the brand and the new ambassador, Guinness announced Prince as its ‘Nwakaibeya’. 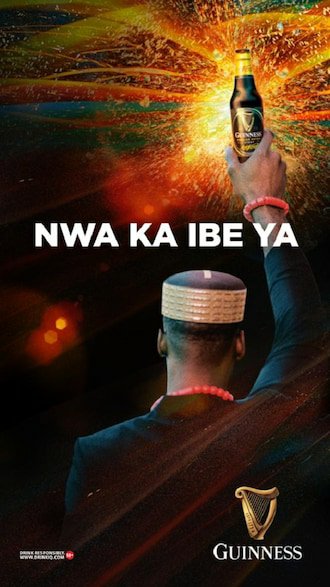 The short film, titled Nwakaibeya, showcases the rich and colourful heritage and character of the East, and takes Prince, like Guinness, to the heart of this pride of place, a place where both he and Guinness are held in the highest esteem.

Son of HRH Eze Leo Mike Enwerem, Ebi 1, Prince won the Mr Nigeria Contest 2018 and was hailed as one of Nigeria’s best talents at Mister World 2019.

With a fan base and popular appeal that stretches from coast to coast, Prince emerged as possibly the brightest export and certainly the hottest celebrity demand of recently concluded BBN Lockdown Season 2020.

Speaking to the nature of the association, Adenike Adebola, Marketing & Innovation Director, Guinness Nigeria, explained: “We are beyond excited to unveil Prince as our first ever sign-on as Guinness brand ambassador. Prince’s self-belief, passion and his unapologetic connect to his rich and powerful heritage embodies the character of Guinness.

“Prince expresses himself with confidence, lives his truth with boldness and inspires the next generation of leaders for his intellect, clarity and audacity.

“This association for us is as perfect an embodiment of the Guinness character as it gets.”

In response, Prince observed that “I am uncharacteristically humbled. And that’s saying something. Truth is, I have always demanded more of myself. I never settle. I set a high bar with everything I do and work hard to attain my ambitions. I have no apologies for this.