Etinosa engaged in a dirty fight with Victoria Inyama 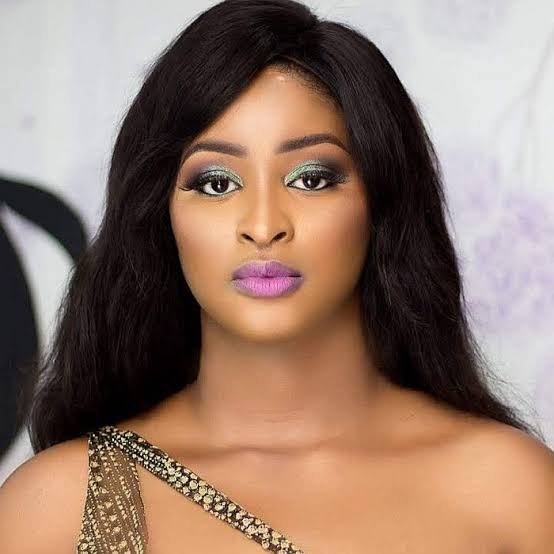 Etinosa has blasted Victoria Inyama over her comment about her apology to Apostle Johnson Suleman, calling her a retired old mother.

Etinosa who had earlier today apologized to the General Overseer of Omega Fire Ministries (OFM), Apostle Suleman, over her comment of an alleged side chick of his. She said the statement was simply a joke.

However reacting to the apology, Victoria Inyama stated that the actress never apologized for desecrating the Bible but apologized to a man that uses the Bible.

Etinosa fired back at Victoria Inyama, described her as a “jobless, frustrated and retired old mother who doesn’t know her age and respect herself on Instagram. ”

Afterwards, Etinosa also made another comment and apologised to Victoria.

See what she wrote below; 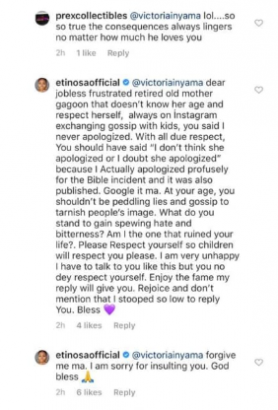