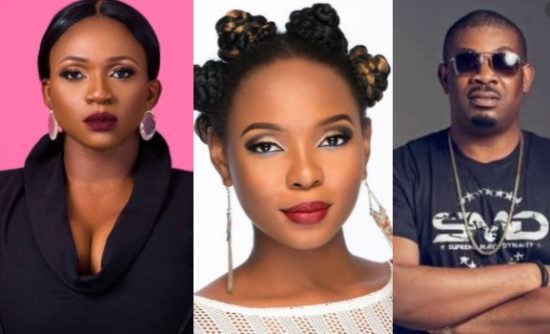 The Department of State Security DSS and the police in Lagos state have reportedly invited music executive, Don Jazzy as well as singers Yemi Alade and Waje to their office to caution them against making social media comments against the Buhari-led administration.

Punch reports that Don Jazzy was invited to the DSS office in Lagos state where he was warned to be mindful of the kind of posts he makes on social media, some of which are perceived to be against the Buhari-led government. The report states that since the invitation, the music executive has toned down his activities on Twitter.

In the same vein, singers Yemi Alade and Waje were reportedly invited by the Lagos State Commissioner of Police who warned them to avoid making political comments that could anger the Buhari regime.

The Commissioner reportedly gave the warning during a brief on the measures put in place to stem the tide of rape in the country.