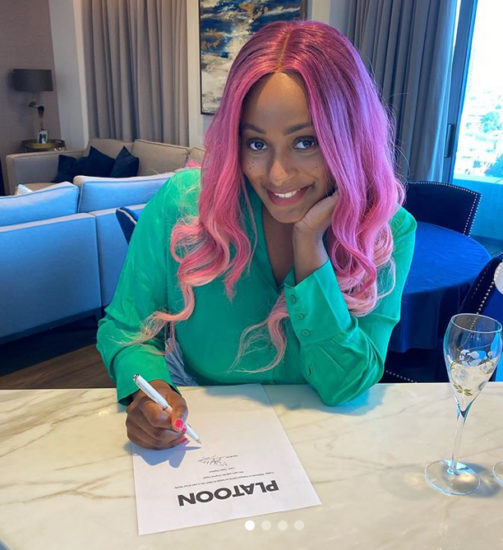 DJ Cuppy is the latest artiste to join London based record label, Platoon as an artiste.

The singer took to her Twitter page to announce that she just joined the label as an artist and revealed that the release date for her debut album has been set. She wrote: “Contract SIGNED & SEALED! Proud to join the @WeArePlatoon family as an artist …My debut Album DELIVERED! ?? #OriginalCopy coming soon!”

Platoon which was launched in 2016, is a platform that enables artists to distribute their music independently Platoon is in charge of A&R (signing and developing talent), marketing, video editing suites, funding, recording studios, and fiscal business management. The firm has signed the likes of Britsh singer, Jorja Smith, Sam Smith and Mr Eazi. It has also developed major artists like Billie Eilish and Stefflon Don who left to sign hefty global deals with Universal Music Group.