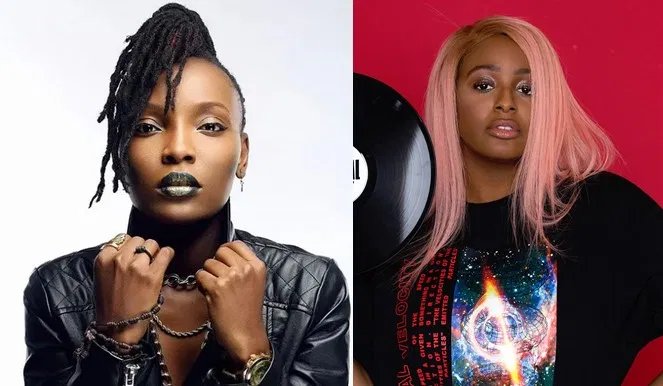 Billionaire daughter DJ Cuppy has given a man the perfect reply after he asked an international brand to replace her with another female DJ Switch.

DJ Cuppy who is the brand ambassador for Pepsi posted a photo of herself wearing a dress from them and the man while reacting to it asked Pepsi to replace her.DJ Cuppy in replying the man said there’s no way Pepsi is going to replace her because they love her so much and she also love them.

But when he wants them to add another female which is DJ Switch why not, she can come on board for them to promote the brand but replacing her is impossible. 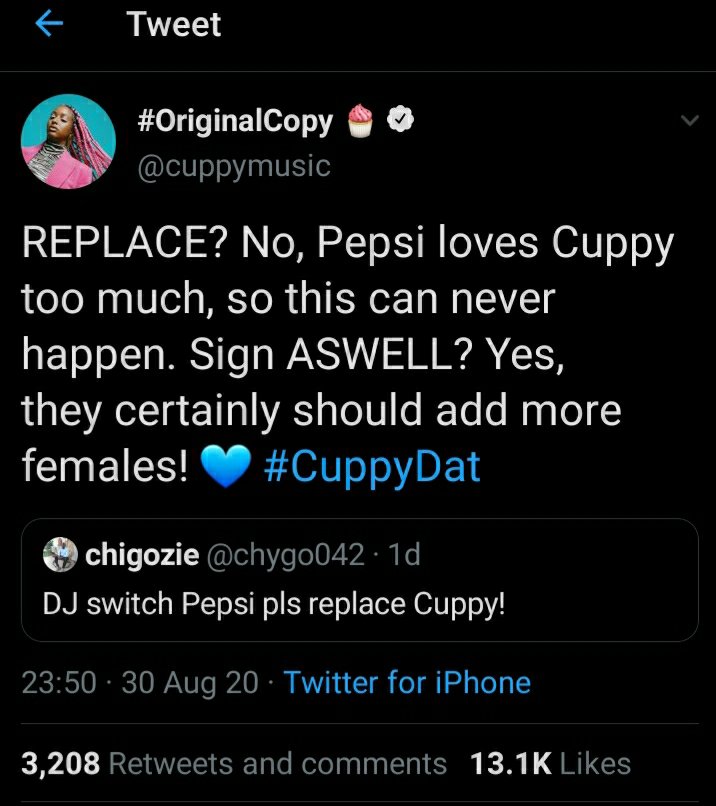