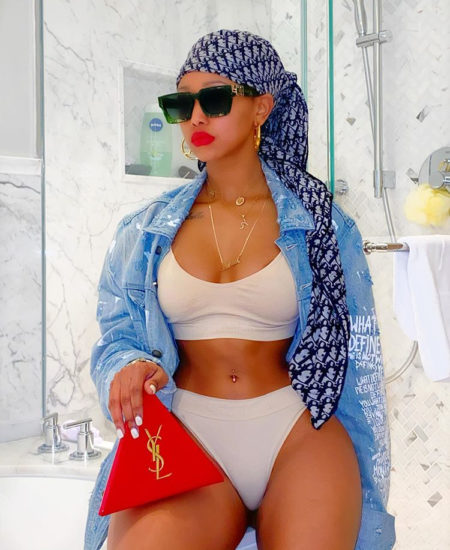 Huddah Monroe slammed a huge insult on the undisclosed man that gave her 35k dollars to fix her bosom while addressing issues of female celebrities that fixed their backside because of people’s validation.

She posted a lengthy note on social media where she also revealed that many female celebrities are now going back to reduce their b00bs and fake bum bum after undergoing cosmetic surgeries mainly for other people’s validation.

Thorough she did not state that she finds it wrong when a female fixes her body with a surgery, her point in the long statement she made was to do it for yourself not because of somebody else.

She used herself as an example, narrating how she regretted her decision to get a bosom job,l because she succumbed to the pressure. 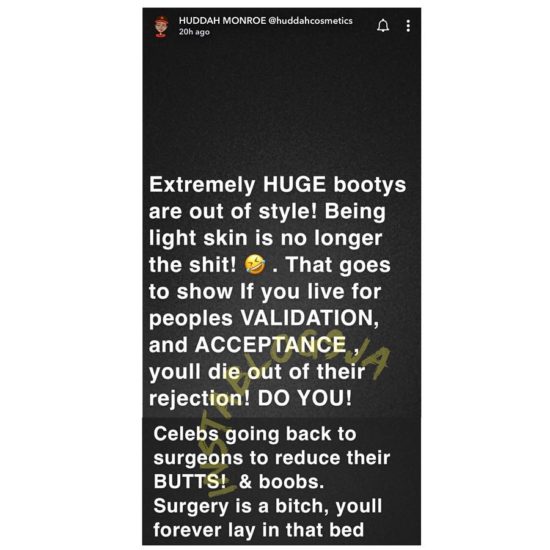 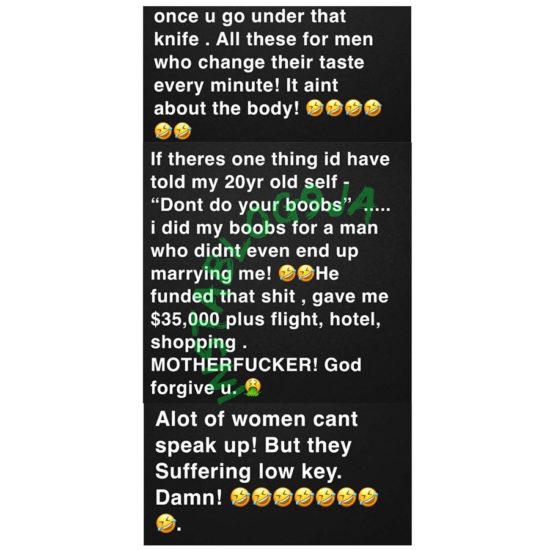