CardiB replies a Nigerian lady who accused her of joining Illuminati 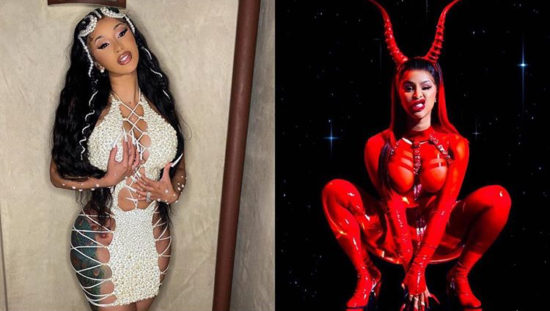 Fans have called Cardi B out and accused her of being a member of Illuminati because of a recent costume she appeared in.

Many people judged her with the photo and accused the Bronx native of being in the Illuminati.

She has however denied the allegations stating that the attire was just a tik-tok costume. 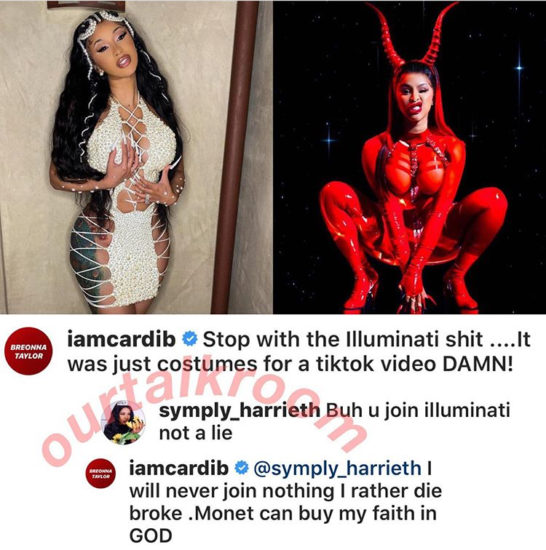