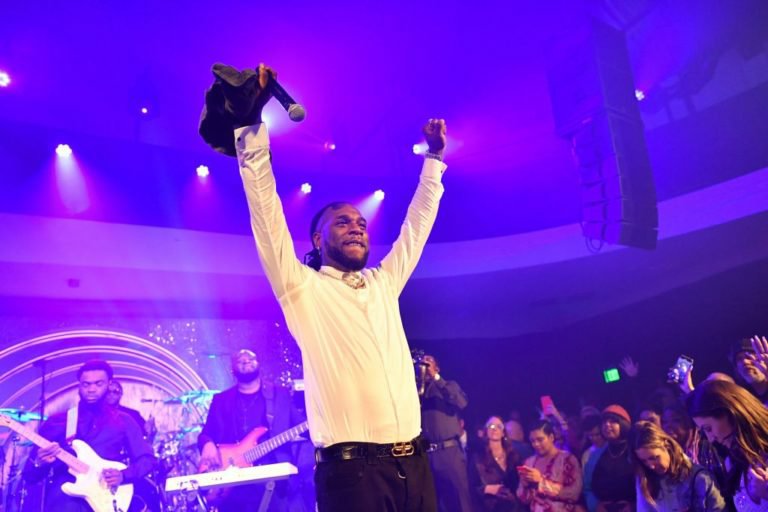 Burna Boy and his “African Giant” album might have lost the Grammy Award for Best World Music Album to Beninosis legend, Angelique Kidjo and her album, “Celia“, but that’s not stopping the music star from slowing down.

During Angelique’s acceptance speech, she dedicated the award to Burna Boy, who she described as one of the young artists from Africa changing the way Africa is perceived.

Before the Grammy night, literally everyone who loves and appreciates Burna Boy was anticipating the big win for the music star, which made “Grammys” and “Burna Boy” trend for days.

Burna Boy, who is sincerely grateful for the support, took to Twitter to express his excitement at Angelique Kidjo’s win and appreciate everyone who rooted for him.

He also hinted on something major, we aren’t sure if it means a new album for 2020, but who doesn’t love surprises.

I love you forever @angeliquekidjo and every single person that rooted for me, I don’t take any of it lightly! The world get ready cause we’re all coming! #FOOTONNECK2020. 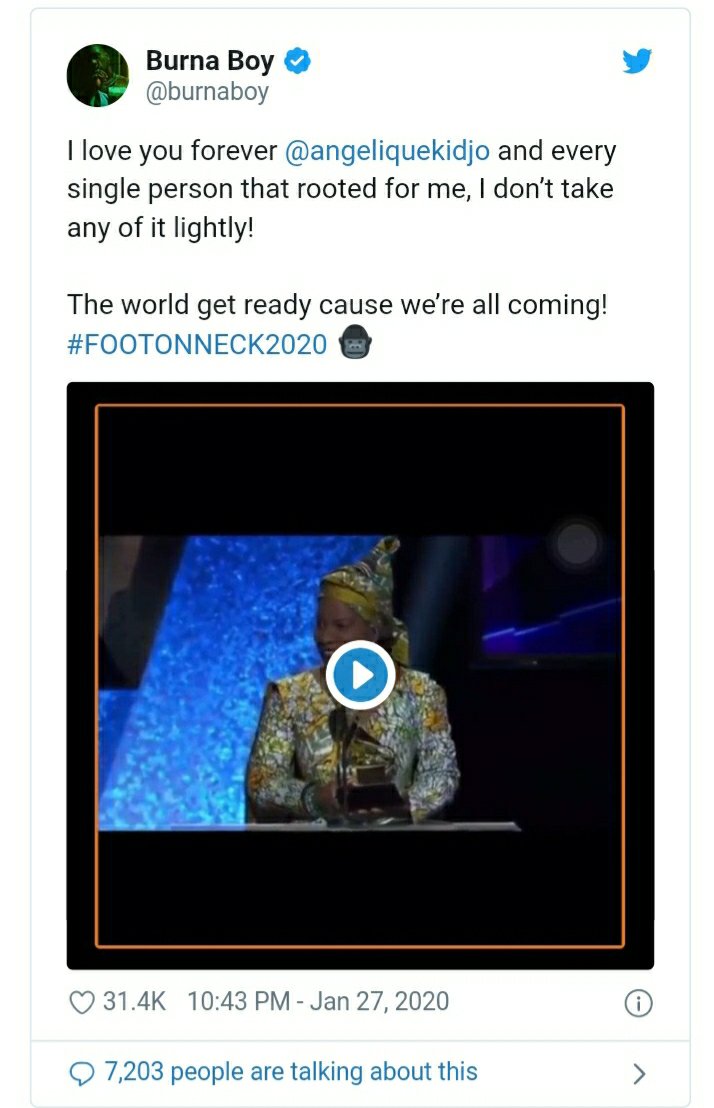