Be careful of sleeping with these girls. Some of them are walking native doctors – Deji Adeyanju advises men

Convener of pro-democracy group, Concerned Nigerians, Deji Adeyanju, has advised his fellow men to be careful of the girls they sleep with. 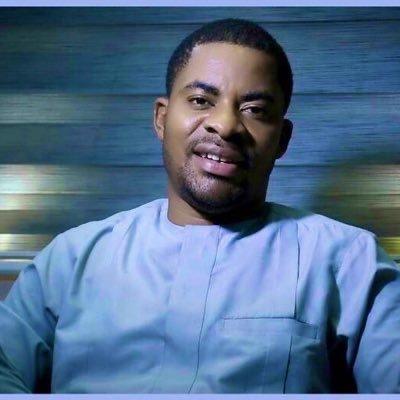 According to the activist, some of them are walking native doctors that can destroy a man’s life with “juju” and false allegations.

He went further to say that men should also not think they can play a fast one and break their hearts.

“Dear men, be careful of sleeping with these girls. Some of them are walking native doctors they will destroy your life with juju & others with false allegations if their plans don’t work. Don’t think you can play a fast one & break their heart. Be careful.” 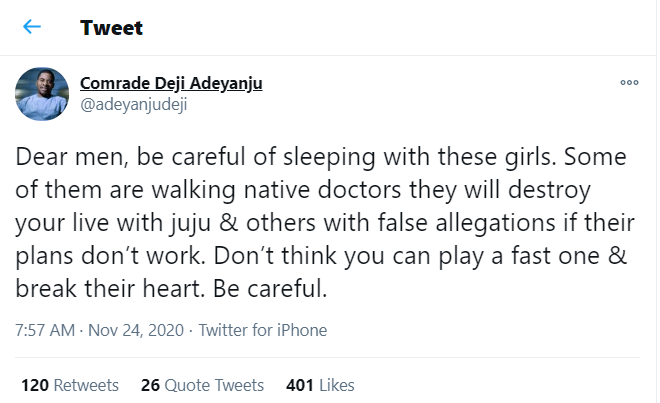