#BBNaija: Tolani Baj, Wathoni and Brighto have been evicted from the house; See how fans voted

Tolani was the seventh housemate, Wathoni became the eighth while Brighto was the ninth person to be evicted.

All the housemates excluding the Head and Deputy of House, Ozo, and Nengi, were put up for eviction.

During this eviction, all the housemates were asked to be on their feet. Surprisingly to many, Tolani Baj was called up as the evicted housemate.

Tolani was clearly shocked as she has never been on the bottom four nor has she been nominated for eviction since the show started.

The evicted housemate’s love interest, Prince, felt sad but he quickly hugged and kissed her until Big Brother counted down for Tolani to leave the house.

Wathoni was called up next and the other housemates were spotted taking turns to hug her as Big Brother counted down for her to leave the house.

Meanwhile, Brighto didn’t get a chance to hug or say goodbye to his friend until she left the house.

The housemates, including Nigerians, were not expecting the third eviction when Ebuka, the host announced that there was another eviction.

Ebuka then called Brighto as the ninth person to be evicted from the house. All the housemates were clearly surprised. Even Brighto  wasn’t expecting to be evicted.

This is how viewers voted; 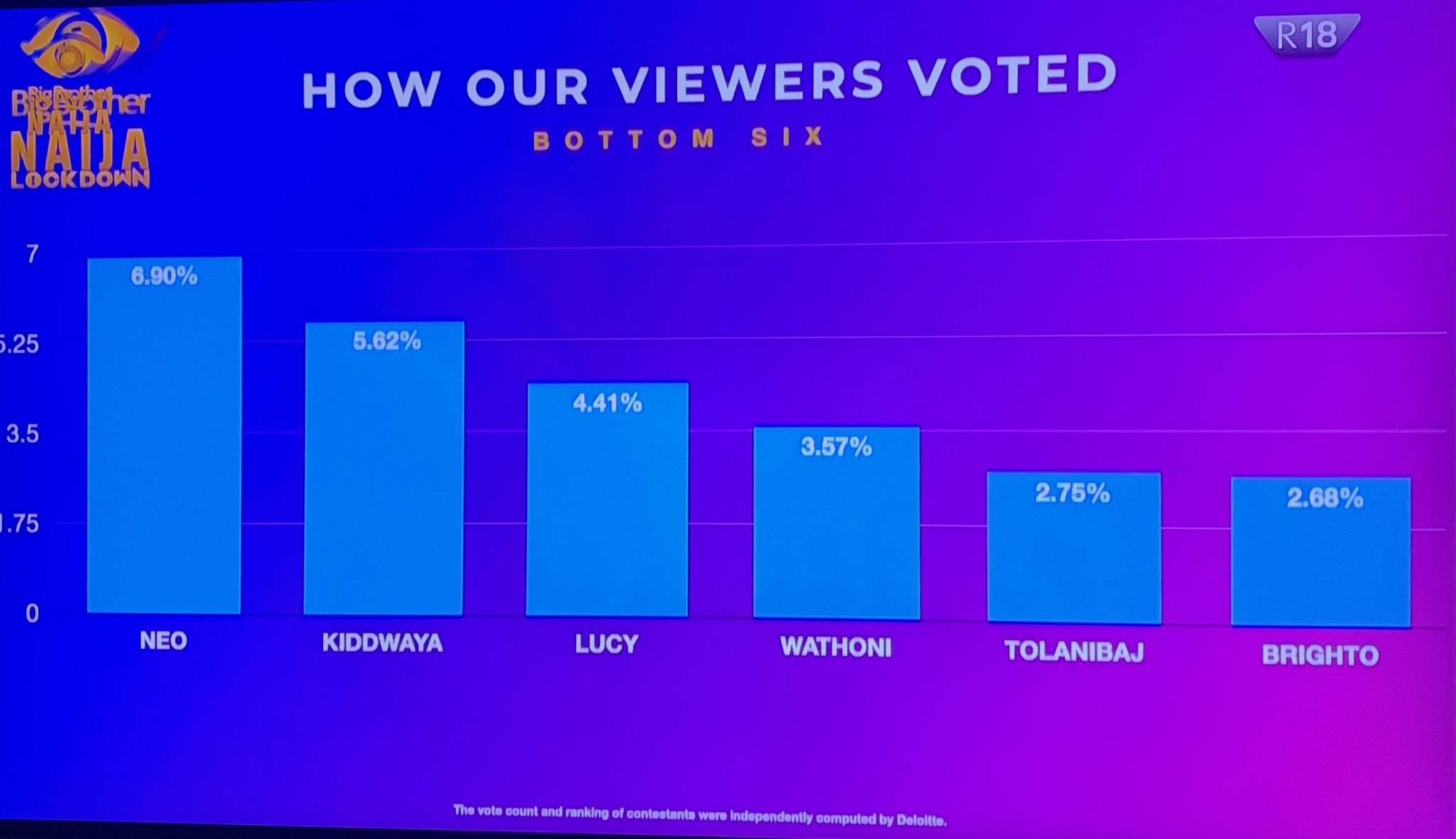