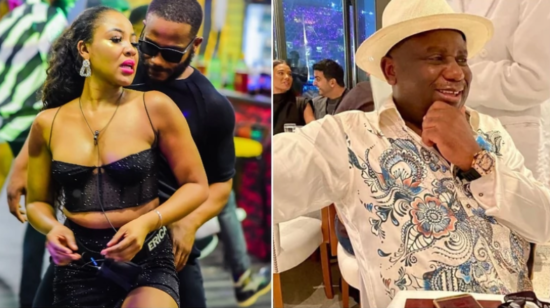 Big Brother Naija reality TV star, Kiddwaya, and his in house girlfriend, Erica might be getting a fairy tale wedding after they leave biggie’s house.

Kidd’s dad and billionaire businessman, Terry Waya made this known during a chat with veteran journalist, Dele Momodu, on Thursday, August 27, 2020.

Momodu had jokingly informed the businessman that his media outfit was warming up for the wedding between his son Kidd and Erica.

“Ovation is warming up for the coverage of Kidd and his wife. I know it is going to be an international wedding. We will go all over the world,” he said.

Waya answered in the affirmative by saying “Oh yes…of course, of course.”

Momodu went on to suggest a designer wedding in Italy to which the billionaire also agreed.

“I will also do another one over here in Nigeria for his massive fans, let them enjoy part of the success, “ he said.

Kidd’s dad used the opportunity to thank all the people that have been voting to keep his son in the house.