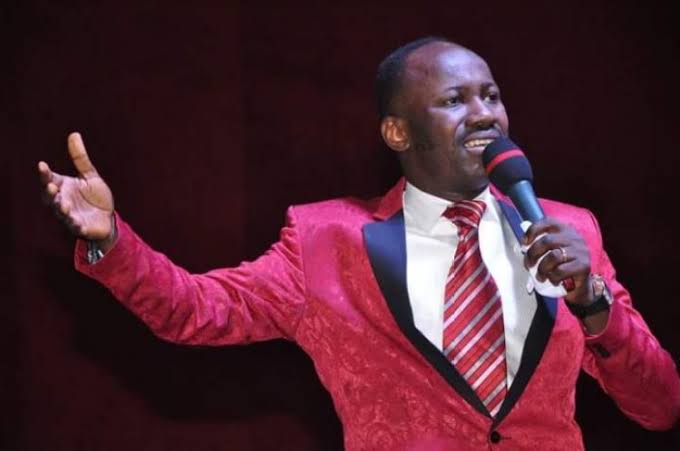 Apostle Suleman condemns the ‘gay jesus’ movie that is set for premiere on popular present day cinema, Netflix. The pastor accused netflix of blaspheme, stating that they went too far releasing such a movie which poses Jesus as homosexual.

Apostle Suleman also prophesied an inevitable crash of Netflix, while calling on Christians across the world to boycott the movie and delete Netflix application off their devices. He tagged the movie as evil that will never be able to stand against Christianity.

The glory of present day cinema is Netflix..but since they have decided to blaspheme,its crash is inevitable..you want to do a film ‘gay jesus’?…its the beginning of your end..we are not cowards cause we are tolerant..

We have 2.5billion Christians on earth,if Netflix goes ahead with this rubbish,we should boycott them.. that movie is evil,its not right and it will not stand.

Delete Netflix app on your system..unfollow them if you are a true Christian..The movie ‘gay jesus’ is an insult to christianity and abuse to our sensibilities..we stand to condemn it and all it stands for…Mad people… 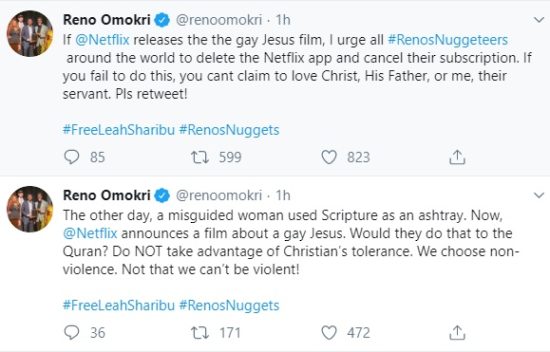